'The Sounds That Shaped My life'

News is about that signed deluxe hardback copies of the forthcoming book from Richard Searling are now available for pre-order from Anglo American.

Titled 'Setting The Record Straight' and with it having taglines such as 'Music & Memories from Wigan Casino 1973-1981' and 'The Sounds That Shaped My life' and being billed with enticing descriptions such as...

'This unique account reveals many closely guarded secrets and delivers a fascinating insight into the thrill of finding rare American soul records and life behind the turntables in that most hallowed of halls...'

...this book does seem to have the potential to be an addition to the must purchase list of 'Northern Soul' related books .

Renowned DJ and broadcaster Richard Searling relives the records that defined his career at the world famous Wigan Casino between the years 1973 to 1981.

The Deluxe Hardback Edition is now available for pre-order signed by the author. £29.99 (INC UK P+P) 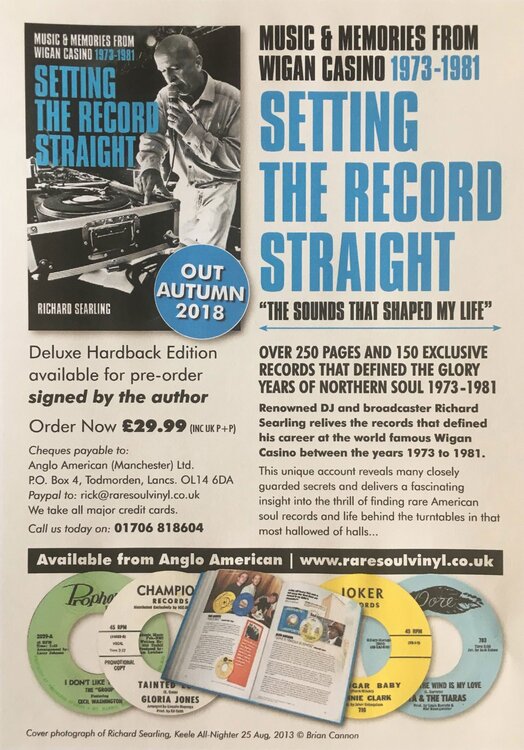